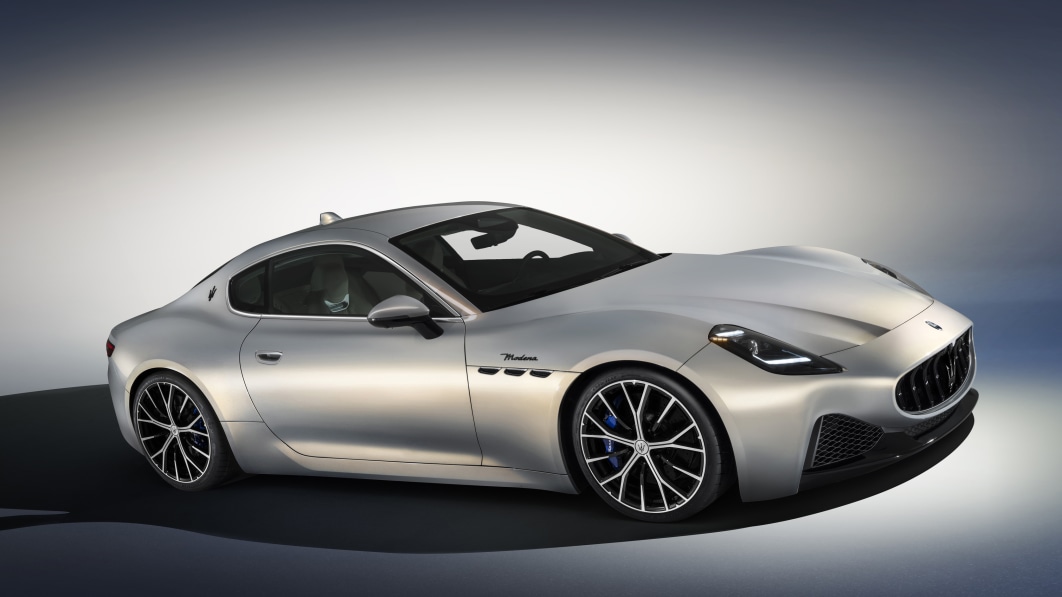 After our own Ronan Glon visited Maserati HQ in Modena, Italy to view the 2024 GranTurismo, he wrote, “I can’t tell you much about the interior; I saw it, but I’m sworn to automotive omertà until early 2023. What I can say is that Maserati went to significant lengths to make the GranTurismo a true four-seater, and a pair of average-sized adults should be relatively comfortable in the rear seats.” The Italians have finally released images of the new GranTurismo interior, and while we’re still waiting to have a proper seat in the coupe, we can’t detect that any lies have been told.

For those who found the new car’s exterior much more evolutionary than one would have expected from not just a rebooted car, but a rebooted brand, the interior also retains familiar cues. The steering wheel is the biggest departure from the past, the new helm looking more like something out of a Mercedes-AMG product. There’s a new screen beneath the infotainment display in the center console that appears to be devoted to HVAC controls. And there’s no shift lever anymore; paddle shifters do the work of changing cogs in the eight-speed automatic transmission fitted to the ICE-powered trims. Otherwise, the Maserati clock assumes its usual place atop the dash between vent registers, the instrument panel lines create a strong sense of dual cockpits, and the leather looks as sumptuous as ever.

The automaker only provided galleries for two of the three trims to be released, the Modena and Trofeo. Both get the 3.0-liter Nettuno V6, which makes 490 horsepower and 443 pound-feet of torque in the Modena, 550 hp and 479 lb-ft in the Trofeo. The two variants are distinguished inside by details like different leather patterning on the instrument panel and seats, more vibrant cross-stitching in the Trofeo, and a black Start button in the Modena versus the blue Start button in the Trofeo. Outside, the Trofeo wears carbon fiber embellishments like the front intake surrounds, rocker panel extensions, and decklid spoiler.

We don’t have interior images of the battery-electric GranTurismo Folgore yet. It likely has other interior surprises for us. Maserati will begin delivering the new GranTurismo in the second quarter of 2023. Pricing will start at around $200,000.

Peak gasoline! Demand in U.S. is in decline as climate policies take hold

Tesla Is on both offense and defense in its price war