Real News Update news daily all around the world
Home Autos Chrysler Pacifica’s Fam Cam is a great feature that needs to be...

The CDC and various other official entities encourage or demand parents to place their children in a rear-facing child seat from birth until the ages of 2 to 4. That obviously means a driver or front passenger cannot see them, necessitating a mirror that you can see from the car’s rearview mirror. As someone who constantly moved his son’s rear-facing child seat between different cars every week, I can firmly recommend a mirror like this with a swivel base, as it is so much easier than others to mount and adjust.

But you know what’s better than a mirror? The Chrysler Pacifica’s “Fam Cam.” In between the second and third rows, in the middle of the van, is a little glossy black disk in the ceiling that contains cameras that display images of second and third rows. There are daylight color and night time infrared camera views as well (although the daylight one makes certain darker colors look lilac purple). You can also enlarge one of the outboard second-row seats for a better view. Any of these above options allows you to see your children many times better than is possible with a mirror, especially at night. Just look at the difference below. 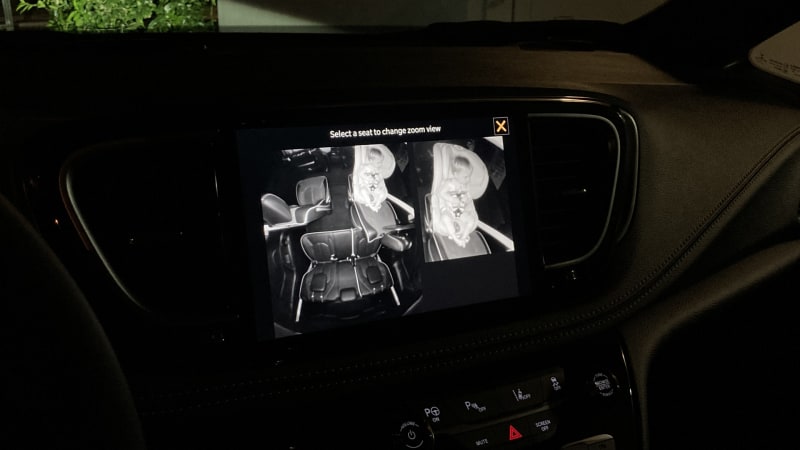 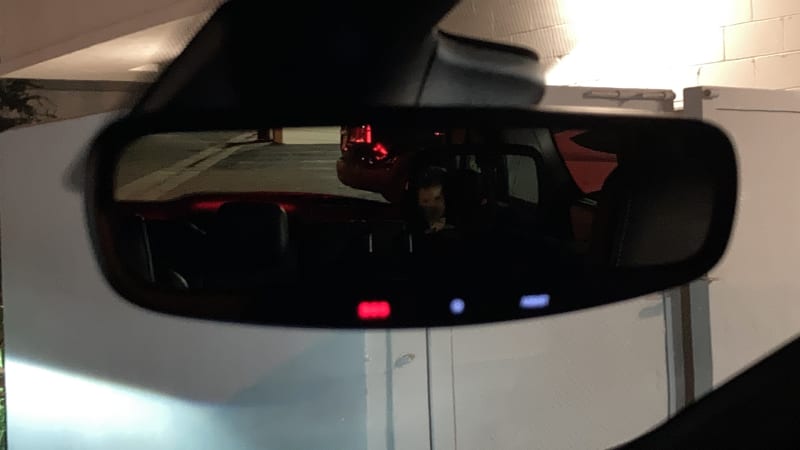 Basically, you can’t see your kid at all with the rearview mirror at night. Turning on the overhead map light helps, but my son wasn’t too keen on having an interrogation lamp in his face, and it’s certainly not ideal for sleeping, either. A given car’s backseat position can also mean that the forward-facing child mirror is below the rearview mirror’s line of sight, meaning you have to choose between seeing your kid or seeing what’s going on behind your vehicle. Again, advantage Fam Cam.

Here’s another benefit. It’s usually very difficult, if impossible, to mount both a forward-facing mirror and a tablet holder at the same time. I usually got around this by attaching the mirror to the middle seating position’s head restraint, but that’s obviously not an option in a vehicle with captain’s chairs. Now, while I was literally able to mount both in the Pacifica for the purposes of illustrating my point, it was not easy and both mirror and tablet holder fit poorly. Using Fam Cam is obviously a better option. (Also a shout-out for Chrysler’s positioning of the third-row USB port, which made it super-easy to keep the Galaxy charged). 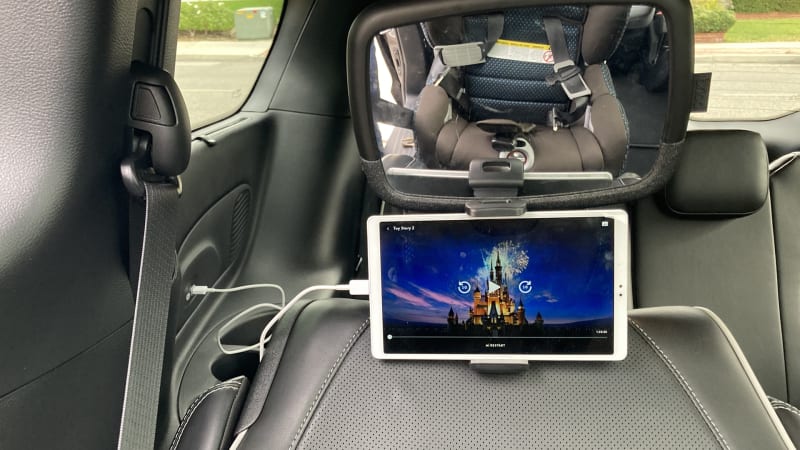 Now, to be fair, the Kia Carnival and Honda Odyssey offer a similar rear seat spy camera feature, and we like those, too. Indeed, a lot more family-oriented vehicles should have something like Fam Cam, especially three-row crossovers/SUVs. It would also be nice if these features weren’t confined to range-topping trim levels.

Now, a nitpick. While this is a great feature, it’s unfortunate that it takes over the Pacifica’s entire screen. Should you need to quickly consult another menu screen like navigation or select a radio station, you have to exit the camera … then go through the process of bringing it back up again. It’s not a difficult process, but it would be a lot better if you could split the screen between Fam Cam and another menu option. This goes for the Odyssey and Carnival too, by the way.

2024 Chevy Trax options priced as nicely as the crossover itself

Celica - January 21, 2023 0
Electric vehicle ownership offers numerous benefits over cars with internal combustion engines, but in most cases, the charging experience isn’t one of them....