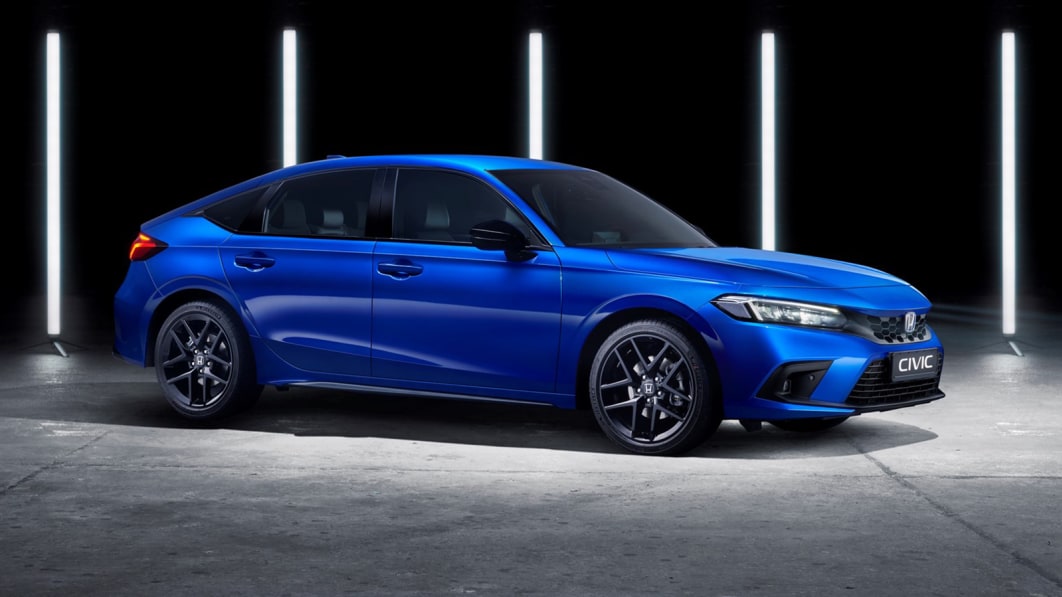 In a briefing yesterday, Honda confirmed some key details about upcoming models. Included were details about the Honda Civic hybrid body styles and a little information about the powertrain. Also, the Honda Ridgeline is getting a Trailsport trim, and the existing Passport Trailsport will be updated.

Starting with Civic, the hybrid will be offered in both sedan and hatchback body styles. This will keep it competitive with the arch rival Toyota Corolla hybrid. The Corolla hybrid will still have an edge with available all-wheel drive, but the Honda can counter that with its massive interior and cargo space. Additionally, Honda confirmed the powertrain will be a dual-motor hybrid similar to that used in CR-V and Accord. Honda already shared the powertrain details for the European market, and it uses a naturally aspirated 2.0-liter four-cylinder with the dual electric motor setup to power the front wheels. Power is rated at 181 horsepower and 232 pound-feet of torque, though the same setup in the outgoing CR-V was rated at 212 horsepower combined. So stay tuned to see if the U.S. specs list it at that higher output. The Civic hybrids should launch in 2024.

Moving on to trucks and SUVs, Honda has fresh Trailsport plans. It confirmed that the Ridgeline will get a Trailsport variant to go along with the just introduced Pilot and Passport models. And the Passport Trailsport will be updated, too. The current Passport Trailsport is a pretty minor upgrade consisting mostly of appearance items, thicker all-terrain tires and a slight lift. The updated version should have more features based on the Pilot, such as more off-road oriented tuning for the all-wheel-drive system, skid plates and recovery points and potentially a bit more ground clearance compared to the regular model. Similar upgrades will surely be applied to the Ridgeline Trailsport, a close cousin to the current Passport. Both trucks should appear this year with model year updates.

This Snow Joe snow blower is 54% off today only

Celica - January 19, 2023 0
Autoblog may receive a share from purchases made via links on this page. Pricing and availability are subject to change. The snow has...